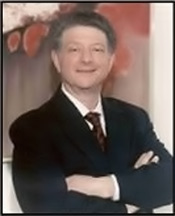 Business corporations control the largest proportion of the wealth and business of our country
Originally called societies, corporate personality was recognized as far back as 1754 B.C. in the law of the Babylonian Empire, four thousand years ago, as well as by the Roman law. Modern corporations have 6 distinct characteristics.

They are: (1) It is recognized as a person separate from its owners and managers and has some constitutional rights; (2) continuity of existence irrespective of the death of its owners and managers and has no specific term of existence-it may literally go on forever; (3) limited liability, ownership is separated from the acts and contracts of its management and agents, who carry on its business; (4) free transfer-ability of ownership and decentralization of interests which can be owned by many persons, including other business entities, and sold, pledged or handed down to one’s heirs; (5) centralization of management-with many different and unrelated persons owning interests, management must be separated from ownership and brought in into a centralized group that is large enough to operate the enterprise yet small enough to operate efficiently; (6) limited powers-corporations obtain their powers by grant from a sovereign, normally a state, and enjoy only such powers as the sovereign gives them. If a corporation acts beyond its powers, its acts may not have legal effect.
Not all corporations are business corporations. Some are public corporations such as municipalities which operate for public purposes. These are not discussed here. Some business corporations are owned by very large numbers of persons and are subject to Federal law requiring that they report to their shareholders and to the government on a regular basis. These “Reporting Corporations” are not discussed here. Many corporations are owned by relatively small groups of owners. Some of the 6 characteristics mentioned above are altered as benefit the interests of the group. Some corporations are in reality sole proprietorships that have utilized the corporate form to obtain the application of some or all of the 6 corporate characteristics.
To make sure that your protected, it is crucial that you contact skilled and experienced Attorney C. Stephen Gurdin Jr. a Pennsylvania Business Lawyer.
Call Attorney C. Stephen Gurdin Jr. at his Gurdin Law Wilkes-Barre Scranton Pennsylvania area office today, 570.826.0481 toll free 1.800.221.0618.